We are associated with the Zimbabwean based charity called ZANE.

ZANE Kids supports a number of projects in Zimbabwe aimed at improving the lives of thousands of children living in extreme poverty. These projects include providing pop-up classrooms in townships, paying for essential classroom equipment, funding teaching mentors, a clubfoot correction programme and providing hearing aids for deaf children.

We have been associated with ZANE since 2014 when we had our first Bring and Buy Sale. The money raised helped Alfred and Felicity to have an operation to correct a foot condition known as club foot.

Many children in Zimbabwe have to walk a very long distance to school without eating breakfast. Our second Bring and Buy Sale raised money to buy food so that the children  can have something to eat when they arrive at school.

We have also dressed up in the colours of the Zimbabwean flag to help raise money to buy a mobile classroom.

Our school theme in Term 6 last academic year was ‘Make this world a better place’, which the children were very engaged with.  To conclude the children’s learning on environmental issues the school invited the children to take part in an Environment Parade which took place on Monday 15th July around Whitstable.  It was a great success.

Please see below news clips that covered the parade.

Plastic and the Environment

At Westmeads we have been making some huge changes around the school to promote a more sustainable future. In light of the war on plastics, we have been thinking about how we can reduce our single use plastic within school and we are pleased to let you know that after contacting our local milk supplier, we have now stopped receiving individual milk cartons with straws! We have opted to receive our milk in recyclable 4-pint milk bottles and now drink out of reusable beakers. It's a small change that will have a huge impact. Just think if roughly 60 children have milk each day we will be saving 10,800 straws and straw wrappers from entering landfill and/ or the ocean every year!!!!

And we haven’t stopped there, we have now teamed up with Terracycle to become a drop-off location for their Walkers Crisp packet recycling scheme. Once collected and sent, the crisp packets are separated by plastic type, cleaned, and extruded into plastic pellets to make new recycled products instead of entering land fill!  You can find the drop off point in the office reception area​.

We also took part in 'Plastic Feedback' week where we collected single-use plastic and sent it back to the designated retailers. We attached stickers and wrote messages for the retailers to read. 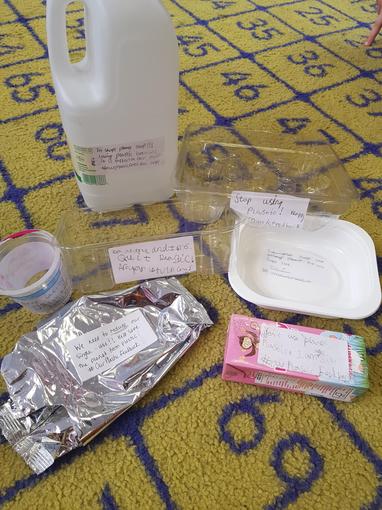 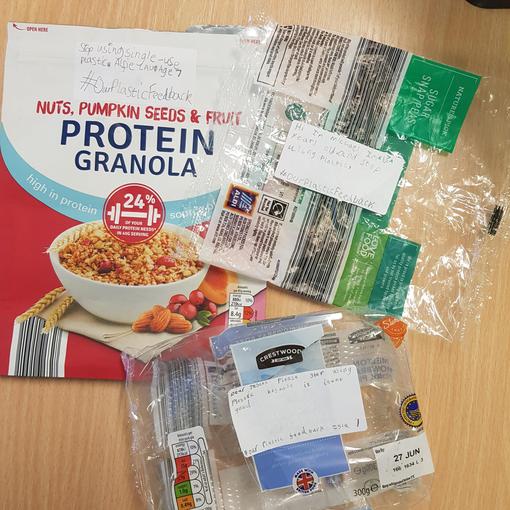 As a school, we took part in a Coastal Alliance project titled Our Blue Planet, which was inspired by the BBC documentary 'Blue Planet'. As part of this project, the children learnt about plastic pollution, recycling and what we can do to make a difference. As a school, we collectively created a piece of artwork which was exhibited at the Horsebridge Centre in Whitstable. The children at Westmeads decided to create their own colourful coral reef using plastic waste materials that are often found littering our local beaches, such as plastic straws, sweet wrappers and bottle lids.

The white plastic drinking straws in the middle represent the dead, bleached coral that now occurs in many areas due to climate and environmental changes. 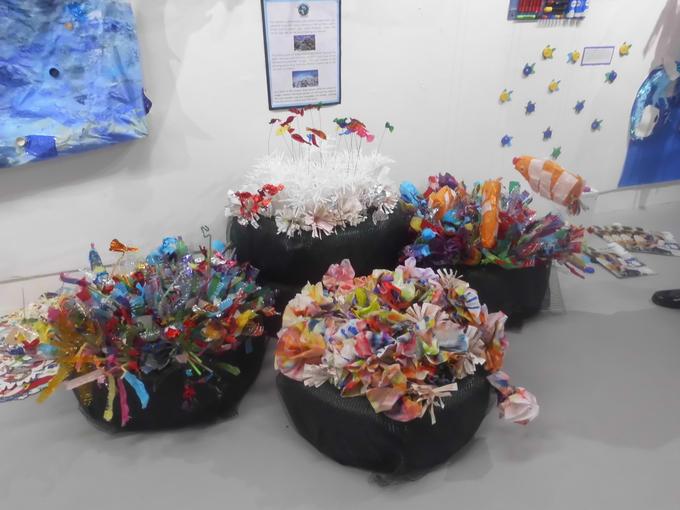 As a result of this project, the school no longer receives individual cartons of milk and instead uses reusable cups, reducing the amount of plastic waste that we generate.