Roll up, Roll up!! Come to the Circus

We have a whole school theme for Term 6: 'Roll up, Roll up! Come to the circus' and answering the question: 'What happens under the Big Top?'

As an introduction to the theme we had a circus entertainer visit our school, where he balanced on stilts, performed tricks, rode a unicycle and juggled.  The children (and staff) had great fun!

Classes were allocated £20 to buy necessary materials for them to create some amazing things to sell.  The sale took place on 26th May, where the children sold their creations to parents/carers.  Well done to all classes, who raised money to buy things for their class.

Parents/Carers of Year 1 were invited to a Story Workshop on the 18th May.  The children wrote their own story about a character that wears a hat, which parents came and read with them.  Later the children sat outside and formed a story circle where they shared their stories with the rest of the class.

This was a lovely opportunity for parents to share stories with their children in school. Thank you to those who were available to take part.

We were all entertained by the Morris dancers, who visited the school on Friday, 28th April, to celebrate a slightly early 'May Day'.

Well done to our Year 1 performers that put on a wonderful performance on the 29th March.  We hope that the parents/carers who came along to watch enjoyed the show.

As part of national Science Week the children took part in Gruffalo Workshops where they were involved in science activities with live animals, native to British woodlands.

Our Year 1 Choir did a great job representing our school at the Coastal Alliance Gospel Day on the 16th March 2017. This was a fantastic opportunity for the children to work with musicians, participate in song writing and dance workshops and celebrate as a Coastal community with our local schools. 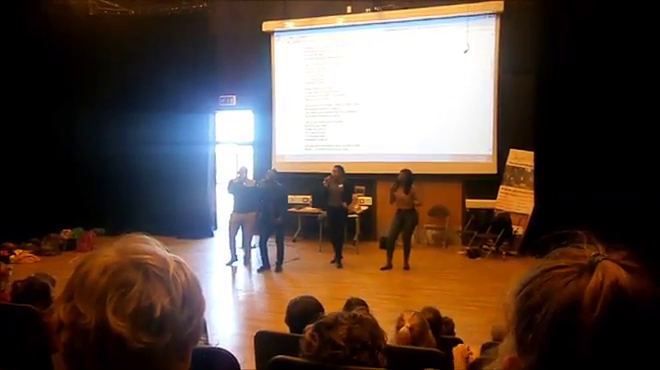 We were delighted to have the children's author Denis Bond visit our school on the 3rd March as part of our Book week celebrations. He gave action packed talks to the children about his work and also judged our 'Story Setting Challenge' competition.  Denis then had available copies of his book for sale and signed copies for the children, giving them a permanent reminder of the special experience.

Year 1 had a visit from the fantastic Pirate Chris as part of their Term 4 topic 'Ahoy there!' .  They had a great time finding out all about pirates and performed some super role play and freeze frames, as you can see from the photos below.

The children (and teachers!) enjoyed Pancake Day on the 28th February with some pancake making and pancake races during the afternoon.

Red and green class took part in dance sessions last term.  They gave a wonderful performance to parents on the 27th January 2017; demonstrating the routine they had learnt.

The children had a great time at our recent visit from the Rock Steady Music School.  They were shown different instruments and our headteacher, Mrs Lambirth showed off her drumming skills! 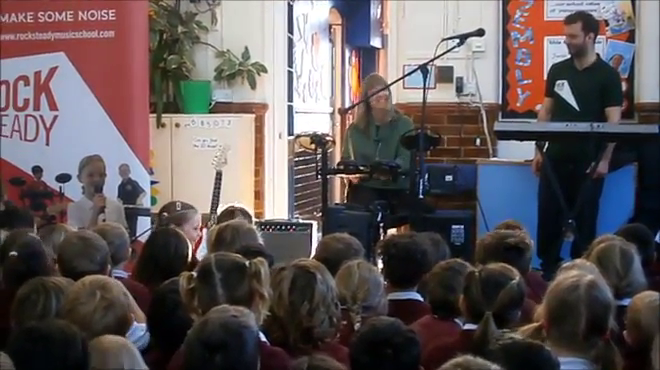 Our children’s artwork, inspired by the poem ‘Nation’s Ode to the Coast’ by Dr John Cooper Clarke, is now being displayed until the 29th January, along with work from the other Coastal Alliance Cooperative Trust schools. A special thanks to Mrs Watkins for co-ordinating our school contribution to the exhibition. We took the children in class groups to visit the exhibition.

Below are some lovely photos of the private view that took place on 11th January and the children's visit.

The term began with a wonderful pantomime treat which was enjoyed by staff and children alike! ‘M & M’ Theatrical Productions visited us with their performance of ‘Sleeping Beauty’ which was paid for by the Friends of Westmeads.

We have had some lovely festive fun at school over the last few weeks.  Please see below photos of some of the events that have been taking place, including: Christmas concerts, Year R Nativity play and Christmas dinner.

Green Class have been working on their animation skills and using the theme of Polar, have created a fantastic short animation, which can be viewed below.

This video is about the polar regions

All the children took part in our Christmas Activity day on Friday, 2nd December.  The day was run by the Friends of Westmeads, who did a fantastic job.  The day included making snow globes, decorating Christmas biscuits, a reindeer hoopla, decorating a tree ornament and a Santa photo booth. Please see below photos of the day.

Year 2 had an exciting trip to the Roman Museum in Canterbury during the last week of term 1 to ensure a fantastic finish to their first topic. Not only did they have lots of fun walking around the museum and playing the Roman board games but they took part in an 'Everyday Life' workshop which taught them all about everyday items used by the Romans.

Red Class have been working on their animation skills and using the theme of Romans, have created a fantastic short animation, which can be viewed below.

We were delighted to be awarded the Canterbury and District ‘Summer Reading Challenge’ trophy for the second year in a row! Westmeads had the highest percentage of children participating; many congratulations to all who took part.

Well done to all of our Year 2 children who walked to the memorial at Whitstable library to show their respect for Remembrance Day.  The children joined in with other local schools for the service and represented the school very well.

On Friday 21st October the Night Owls team visited our school and gave a bird of prey demonstration with a talk and a flying display session that the children took part in.

Night Owls do not charge for the visit to school but instead the children were given the wonderful opportunity to have their photograph taken holding their beautiful barn owl ‘Whisper’.  Thank you to those of you who have purchased a souvenir photo of the day. Each photograph that they sell helps them to continue visiting schools and offering this fantastic opportunity to children.

All of the children were busy making scarecrows at the end of Term 1, to take part in the Whitstable Castle Scarecrow trail.

The children took part in Around the World workshops led by Drama4All, throughout the day on the 19th October.

To celebrate the Coastal Alliance Pudding Pan day that took place on the 7th October, Red and Green Class decided to make their very own Pudding Pans!  They were very creative, using clay to make coil pots.

The children had a wonderful time celebrating the Harvest by singing songs, presenting information and showing what they have been busy making under the Kentish theme of 'Apples'. We had a visitor to our assembly on the 10th October from Brogdale, who brought in examples of different types of apples for the children to try.

The final total collected for the Whitstable Umbrella Centre is: £532.17.

On Thursday, 6th October 2016, the children celebrated National Poetry Day. Each class performed a poem that they had learned and some of the staff shared their favourites too. We ended our celebration by watching and listening to Michael Rosen perform 'Chocolate Cake.'

On Tuesday 11th October, fifteen children from Year 1 and 2 went to the Otterden Estate for the morning to take part in some outdoor learning. We borrowed a mini bus from Herne Bay High School and dressed in wellies and waterproofs. We spent the morning doing various activities in the beautiful countryside near to Faversham. We had a lovely morning and were even allowed to bring a 'souvenir' back to school: a 'slice' of a tree that we counted was 38 years old!