Our School Council represents the views of all our pupils. It gives children the opportunity to make their voices heard and feel part of the whole school community.

They organise events to raise money for the school and for charity. They help with interviewing new staff by preparing questions and giving feedback to the interview panel. Our School Council also help us to improve and develop our school through discussions about the opportunities we provide.

This year our School Councillors are 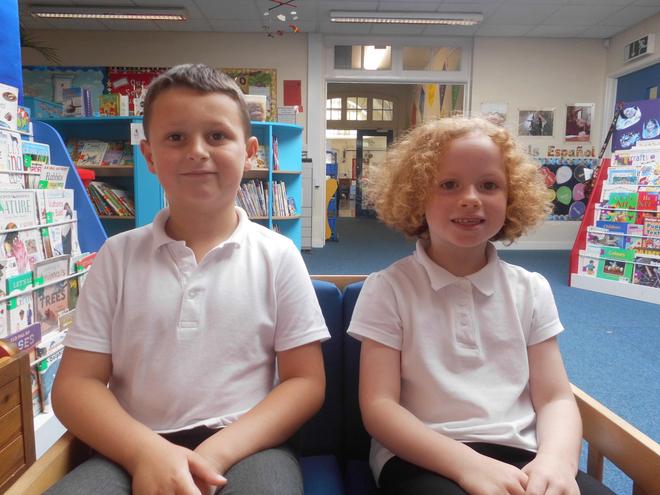 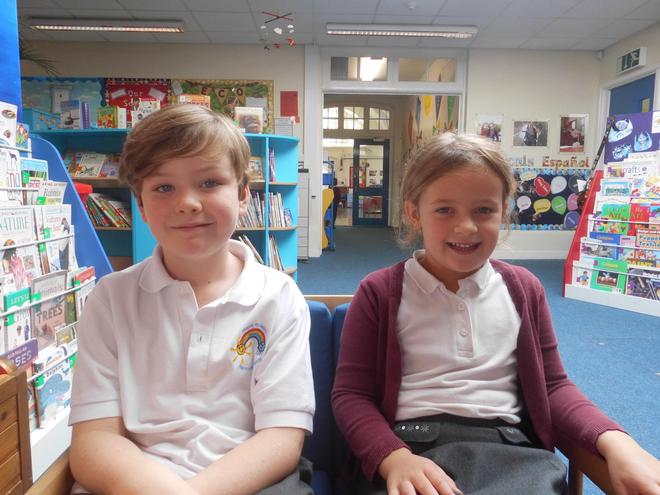 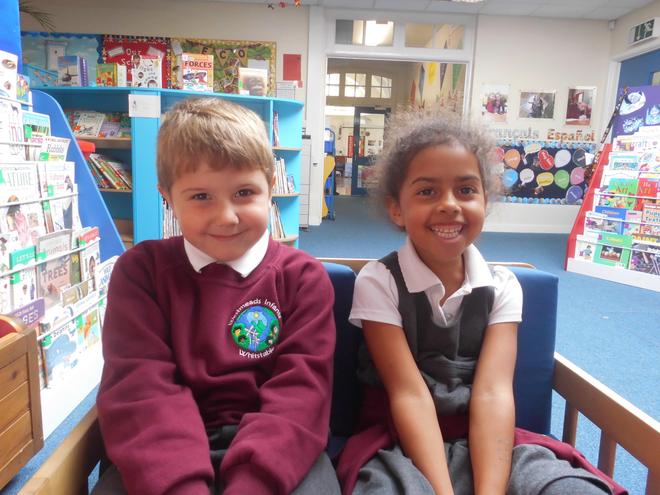 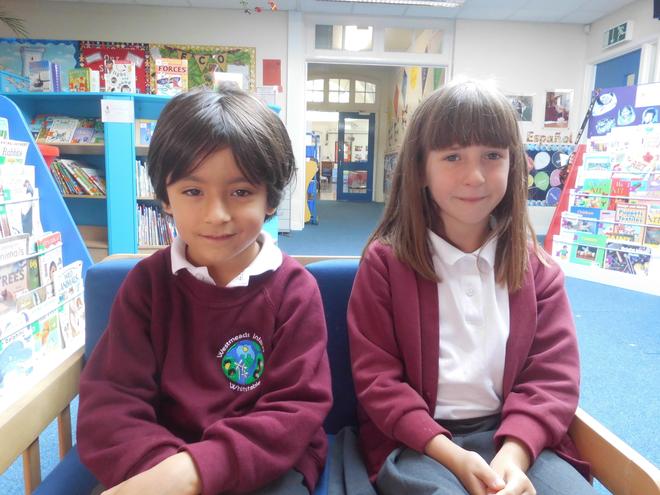 School Council asked some of their classmates for suggestions of new toys for the playground and fed back to Mrs Thomas and Mr Dickinson. They enjoyed testing out the new playtime equipment before it was made available to the rest of the school!

In our first meeting of the term, we met to discuss creating a poster to advertise for a new lunchtime supervisor. After the success of our posters advertising for a new Governor, and discussion with Mrs Ball, it was agreed that we would create more posters to display in and around the school.

At the end of this term the School Council met to discuss the equipment in the school playground. They carried out an inventory of the equipment with Mr Dickinson and Mrs Thomas, looking at the condition of the current toys. They then discussed fed back to their classmates and asked for ideas and suggestions of any new equipment that might be needed. School Council will meet again in Term 6 to discuss their findings.

The School Councillors met this term and discussed designing a poster to advertise for a new school governor. The children thought about what information they would need to include on the poster and the best places for them to be displayed. Posters were displayed on the railings outside school. The result of the children's hard work was the successful appointment of a new governor!

The School Councillors met in February to discuss fundraising ideas for Comic Relief. The children had lots of great ideas and after much discussion agreed on a 'Hilarious Heads' dressing up theme and a joke telling assembly.

The School Council would like to thank you all for donating money to Comic Relief! We raised £137.33.

Our Year 2 School Councillors met to discuss the CaCOT Forum they attended before Christmas, so that they can feed back to the whole school in assembly. Children at the forum came up with a range of ideas of what schools can do to help with problems of worry and anxiety, and then voted on their favourite ideas. The three suggestions with the most votes were:

1 - Having more outside lessons

2 - Having time for mindfulness or arts and crafts every day

3 - Having a worry box or bag in school

Year 2 School Councillors shared these findings with the rest of the school in assembly. 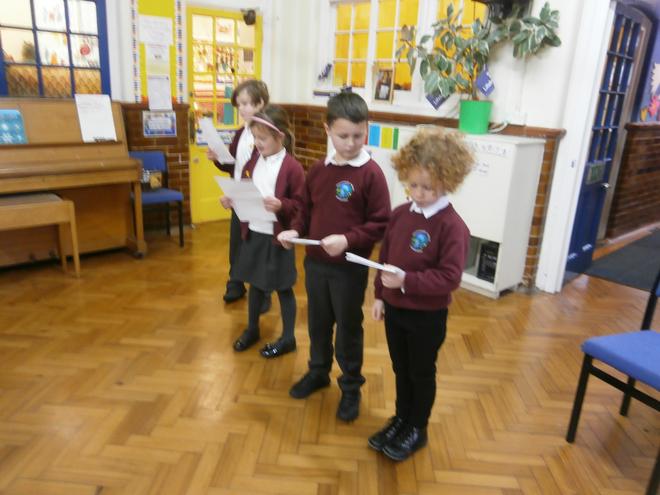 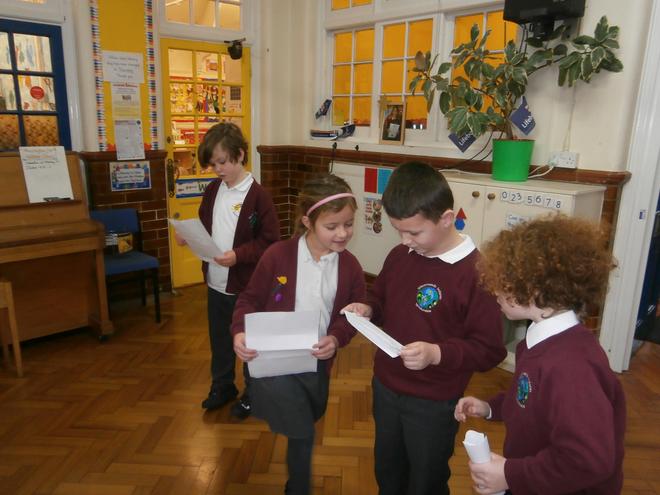 Our Year 2 School Councillors represented Westmeads at the CACoT forum at Swalecliffe in November. The event gave children, parents and governors the opportunity to discuss the CACot Trust Board's future plans and to share ideas around the topic of wellbeing. Our School Councillors enjoyed the experience and had some excellent discussions with representatives from other schools in the area. Thanks also to the parents who came along to contribute their ideas.

School Council at the Book Sale

Our new Attendance Ted will be joining Westmeads soon!

Our School Councillors for this year are... 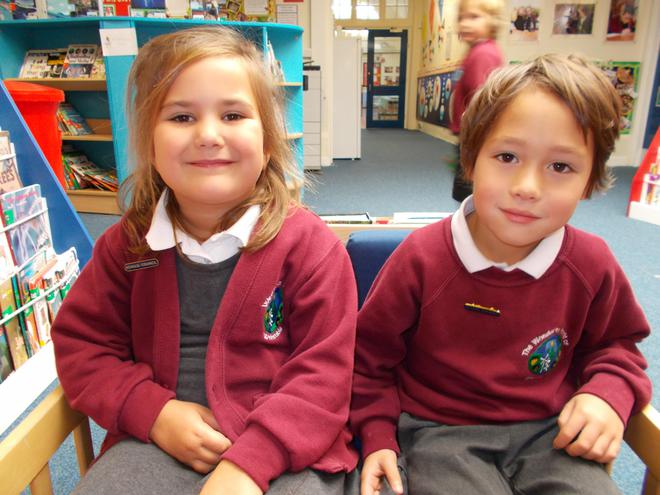 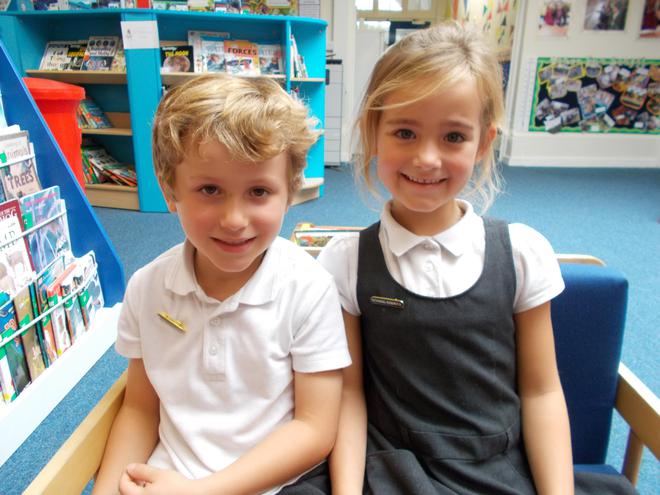 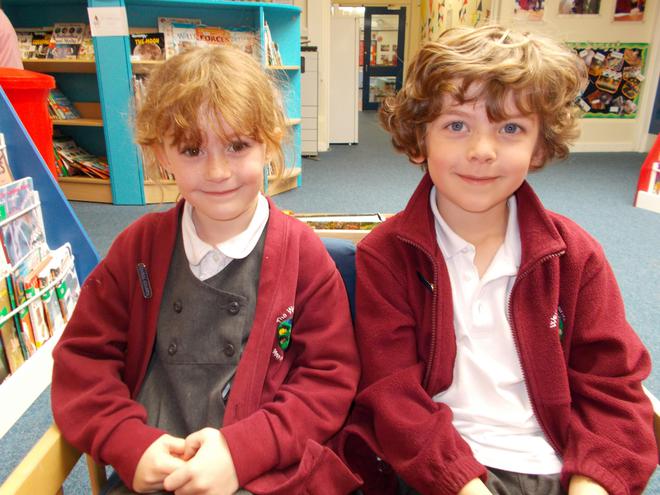 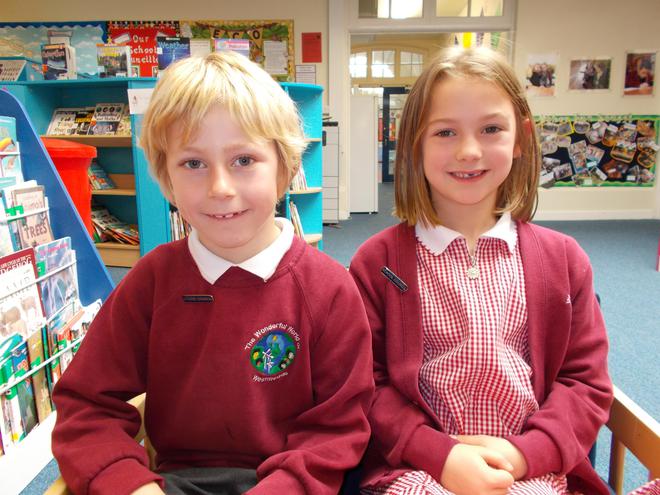 We are sure that you will do a great job!

Our Year 2 members of the School Council visited Herne Bay High School on the 28th June to take part in a School Parliament with the theme ‘Young Healthy Minds’.  They took part in lots of activities, including yoga and learning about online safety, with other schools from the Coastal Alliance. 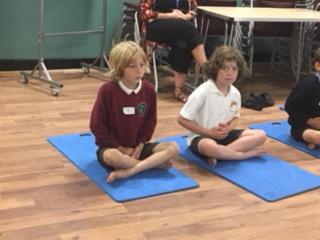 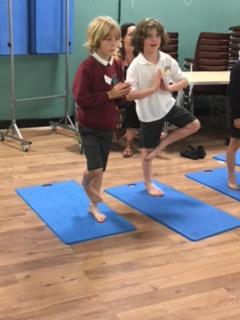 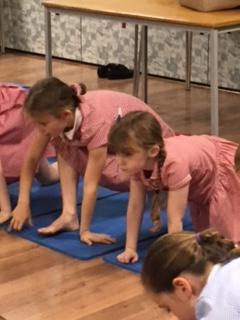 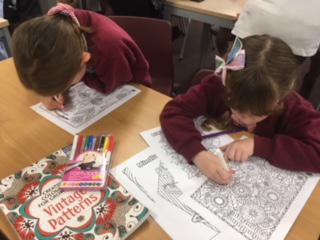 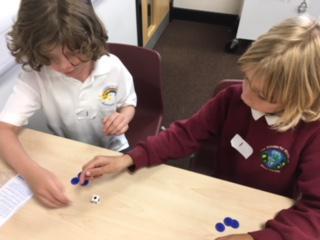 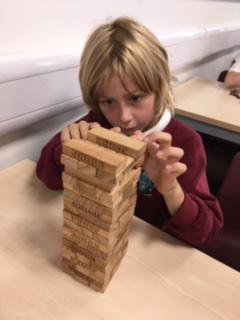 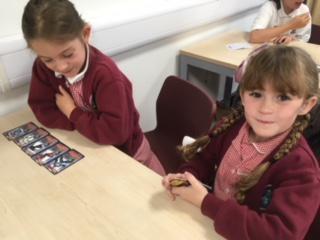 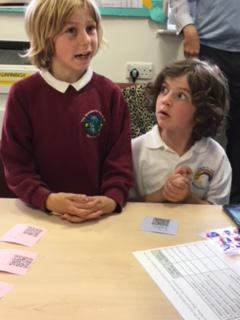 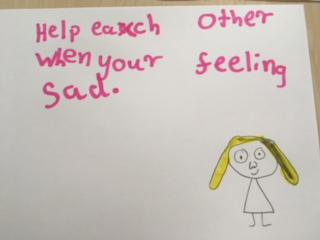 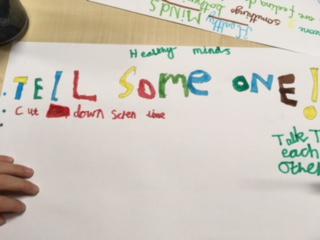 We went on a walk around the school to see if there were any areas that we thought could be improved. We talked about finding a quiet space on the playground if you feel a bit poorly and don't want to runaround. We are going to raise money to buy a reading shed. It costs about £500. We can put cushions and books and comics in there too.

We are going to organise a Bring and Buy sale of toys and books to try and raise the money.

We met to discuss the school lunches and what we think of them. We really like them but we understand it is always difficult to make everyone happy with their food every day! It is good to be able to choose a jacket potato if we aren't keen on the other choices.

The kitchen ladies and lunchtime supervisors look after us well and we enjoy playing the games that they organise too!

Sam, Flora and Hal visited Swalecliffe Primary School to share their ideas about how Westmeads can further contribute to the work of the Coastal Alliance Cooperative Trust (CACoT). They had great fun meeting with the school councillors from other schools in Whitstable and Herne Bay. They even had time for a drink, a biscuit and a playtime! 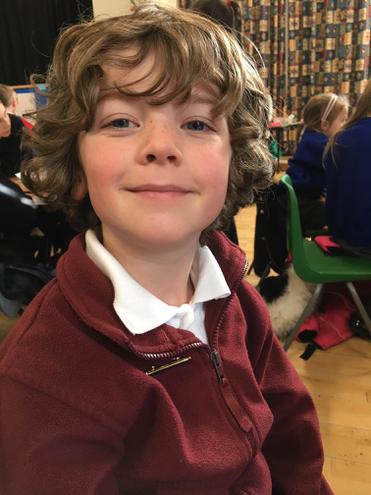 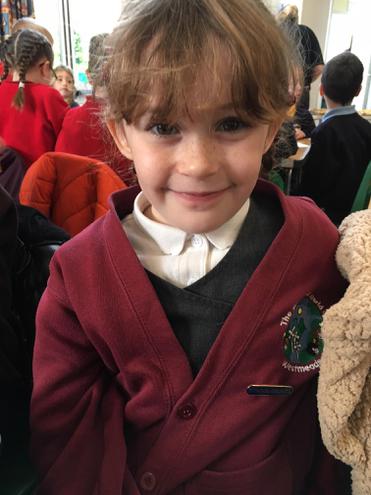 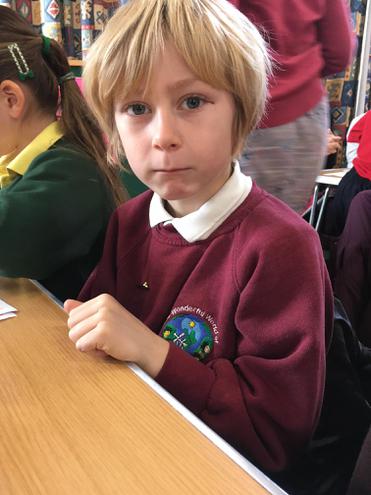 We also found out about what the children think about the school meals at Westmeads and also discovering what the children really like about their school. This is so that the School Council can represent Westmeads at a School Parliament meeting on 30th November for the school councils from the Coastal Alliance Cooperative Trust (CACoT). We are looking forward to sharing our ideas and seeing what other schools say too!

We began the year by congratulating our new members who were voted to represent their class. After being presented with their badges and talking about their roles, we voted for our first important decision. What would be the focus for the Children in Need event on Friday 17th November. To have some fun we voted on a 'Crazy Hair Day' with children (and staff) contributing at least £1 to this worthwhile charity.

We raised a fantastic £229.43 for Children in Need. Thank you for your donations! 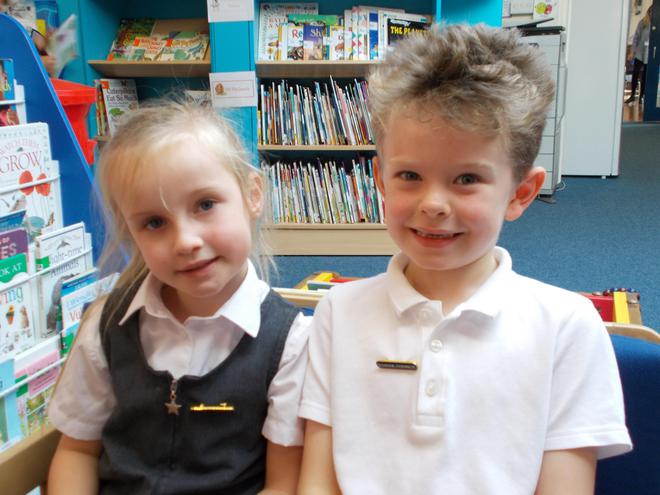 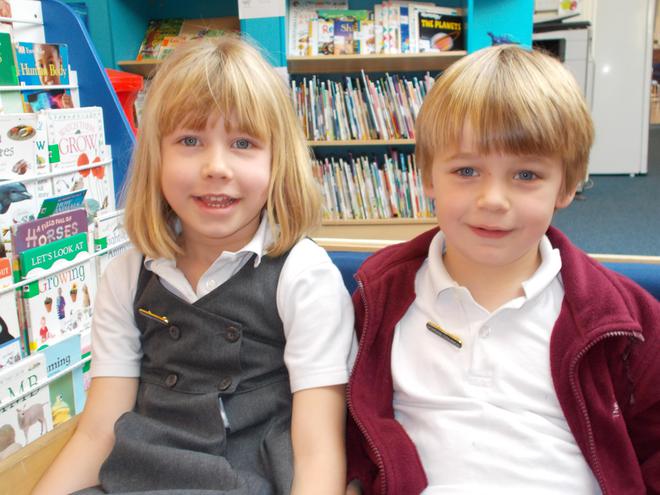 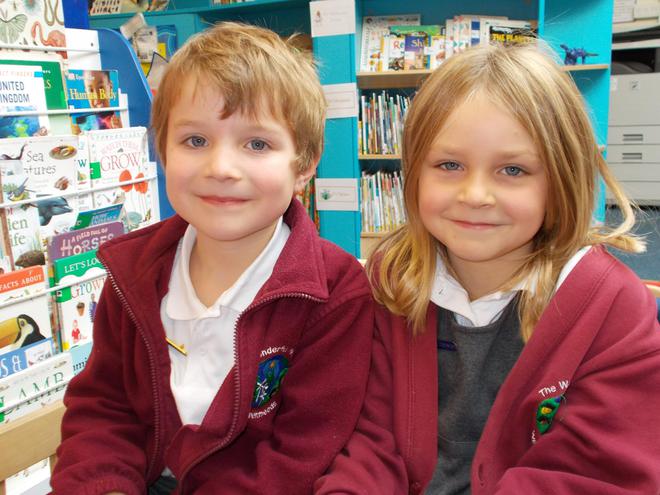 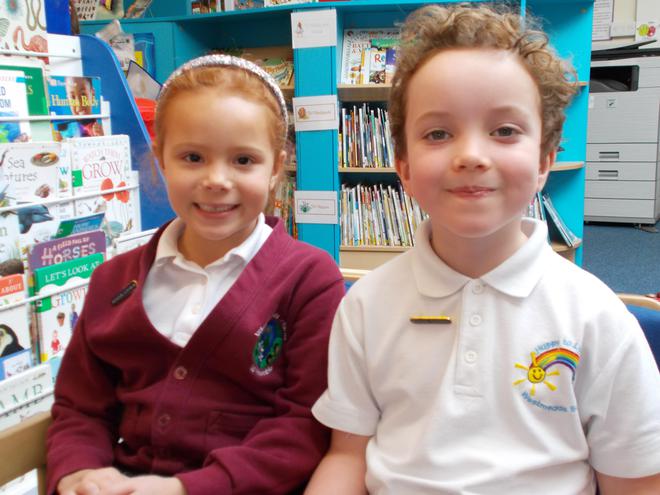 Term 4 - March 2017
The School Council have written a letter asking for support for the ZANE (Zimbabwe: a National Emergency) Bring and Buy Sale, which is taking place on Friday, 10th June.

The School Council took a cheque for £532.17 to the Whitstable Umbrella Centre.  This was a fantastic amount raised by the school children who took part in the Harvest Challenge. 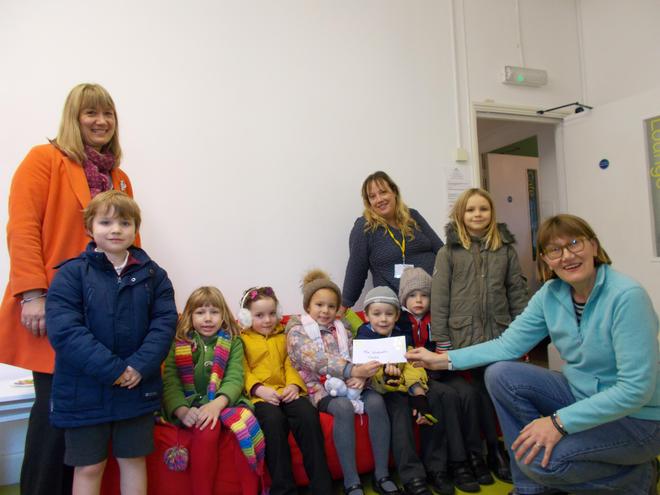 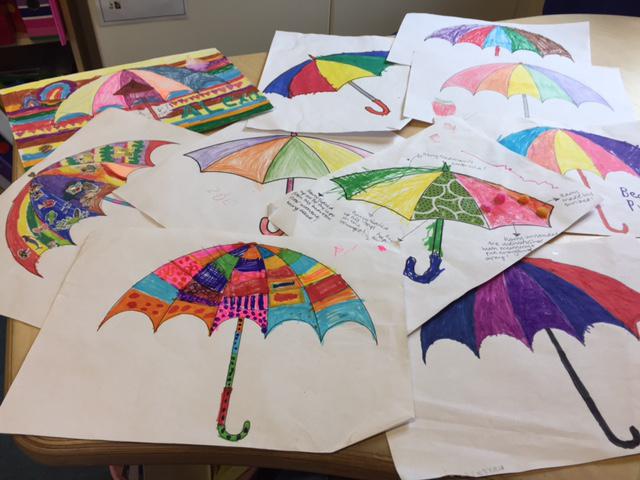 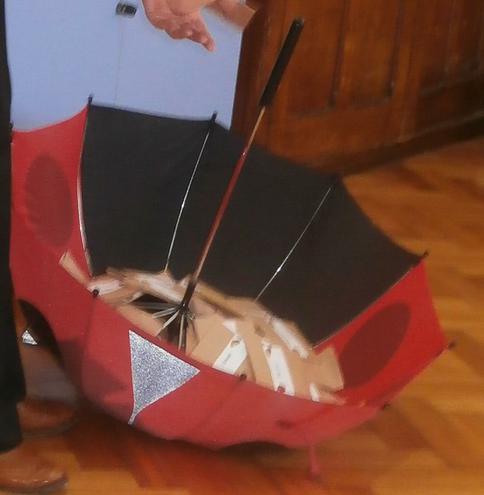 During Term 1 the new School Council were voted for by their classes. We met and talked about the things we really liked about Westmeads and the things that we thought could be even better!

The children also decided how we were going to raise money for Children in Need after half term. They had lots of great ideas like a 'wearing spots' day and a 'bring your teddy to school' day. However, it was put to the vote and the Council decided unanimously to have a 'wear your pyjamas to school' day!

Look for the photos and the amount raised in the 'Photo Gallery' section and on the class pages.

Our new playground equipment arrived and we really enjoyed demonstrating how to use it safely and sensibly to the rest of the school. We really hope that everyone enjoys using it!

This term we have been spending money! We had some money donated to us by a local estate agent and we also won £100 from Kent County Supplies. We have chosen some new toys and equipment for the playground. We had an exciting time unpacking them and will be telling the rest of the school about it in assembly.

The Bring and Buy sale organised by the School Council to raise money for Children in Need was a great success. We had great fun bringing in our old books and toys and then buying some new ones. The sale raised a wonderful £308 to help children in the UK and across the world. Well done everybody!

The classes have chosen some new members of the School Council for this academic year. We have met to discuss what being a school councillor means and are busy planning our first fundraising event 'Children in Need.'

Unfortunately not the ones with chocolate chips.

Some cookies are necessary in order to make this website function correctly. These are set by default and whilst you can block or delete them by changing your browser settings, some functionality such as being able to log in to the website will not work if you do this. The necessary cookies set on this website are as follows:

Cookies that are not necessary to make the website work, but which enable additional functionality, can also be set. By default these cookies are disabled, but you can choose to enable them below: